Becoming a Better Shooter, Part II: It’s All in the Legs

***This post is the second of a series discussing the importance of shooting and developing a good shot. Read Part I explaining shooting’s value in modern basketball.

Hard to believe, I know. But it’s true.

Most think a shot’s strength and accuracy comes from the upper body: “The further from the hoop I am, the harder I have to push the shot with my arms and hands.”

Think of your shooting motion like driving a car. Your arms and hands – as we will discuss in a later post – are simply there to steer the vehicle. They create the backspin and decide the direction of the basketball. Like steering, your arms move in a controlled and constant way. Little force is involved – unless you’re Mr. Bean.

Your legs – your butt, your quadriceps, and your hamstrings – are the engine of the car. Their power gives a shooter balance and explosiveness – the same way an engine keeps a car driving fast and straight. Your legs determine how far or high the basketball travels after your release.

Balance is vital to a shooter’s accuracy and agility. It keeps their body square to the hoop. It allows players to pump fake and play-make when defenders lunge at them or to absorb contact when attacking the lane. Balance also keeps a shooter’s mechanics consistent in difficult situations like leaping in traffic, fading away, or launching a long three-pointer.

Balance comes from establishing a low centre of gravity.

Try standing straight up, feet together, and flat-footed. Now, have someone push you lightly. You’ll probably stumble.

Try again. This time with your knees flexed, feet hip-width apart, and you leaning slightly forward on the balls of your feet like you are a quarter-way to sitting down. It takes a lot more force to rock you.

You are hard to move because more of your body’s weight is lower to the ground limiting the effect of the push’s force.

The lower your shooting stance, the more balanced and ready you will be to shoot. 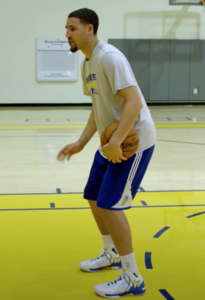 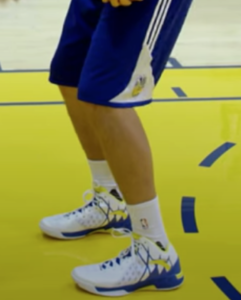 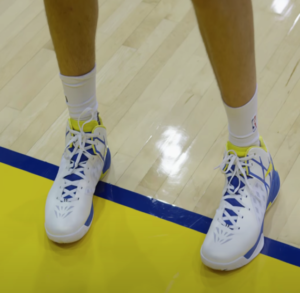 Good spot-up shooters are in their shooting stance before they get a pass. Jump-shooters attacking off the dribble, attack low so they can elevate into their shot on a dime.

Explosiveness gives your shot its power and strength determining the height, distance, and quickness of a shot. The more explosive a shooter is, the faster their shot and the further they can be from the hoop. This enables players to shoot off the dribble in traffic and to catch-and-shoot under pressure.

Conversely, a slow shot lets the defender cheat; a weaker shot requires shooting closer to the hoop. In both situations, you limit spacing and make it harder for you and your teammates to attack and play-make.

If you look at some of the best shooters of all-time – Ray Allen, Reggie Miller, Steve Nash, Steph Curry, Kyle Korver – they are not the most athletic players on the court, but their explosiveness – the speed and strength of their shooting motion – make them a threat at every range.

Explosiveness comes strictly from the legs. This is why good shooters are ALWAYS low and at the ready. 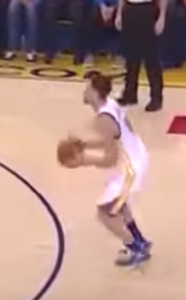 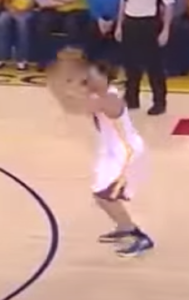 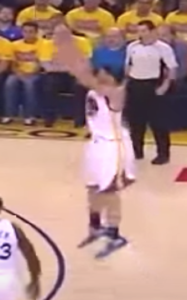 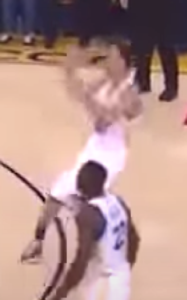 Have a look at Klay Thompson’s entire shooting tutorial and watch some of his in-game highlights to see his shot in action. You will see that wherever he is on the court (moving or still) he is always ready to shoot.

Practicing Your Shot with Your Legs

Shooting is all about getting up lots of shots with the proper form.

To start, shoot close to the hoop. Players often make the mistake of practicing three-pointers and other difficult shots before establishing good mechanics.

Keep it simple and practice intelligently.

Over time, your legs will become more and more comfortable with shooting from a low position at different spots on the floor.

A basketball shot is a complicated process. It requires movement from your entire body and is not easy to perfect.

Strong legs will start you off in the right direction.